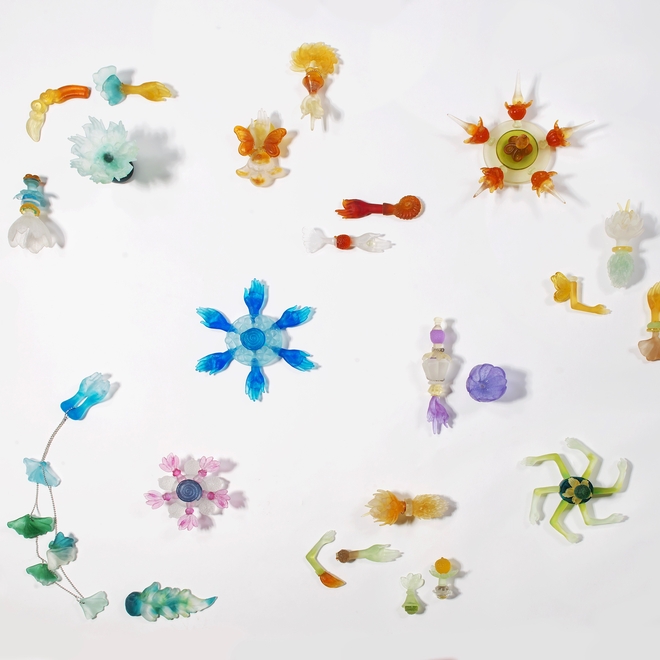 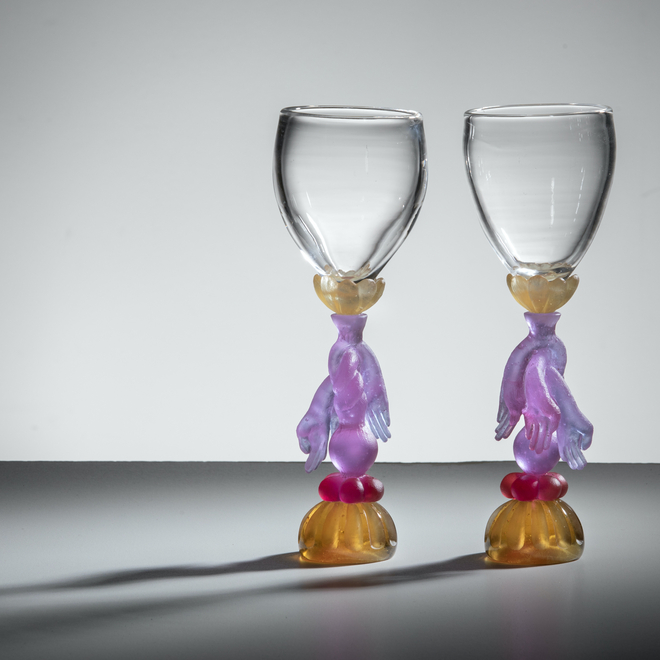 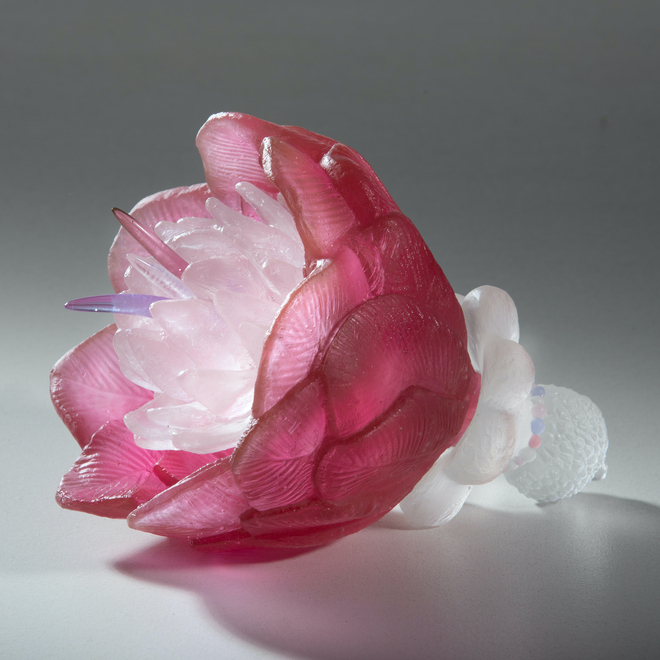 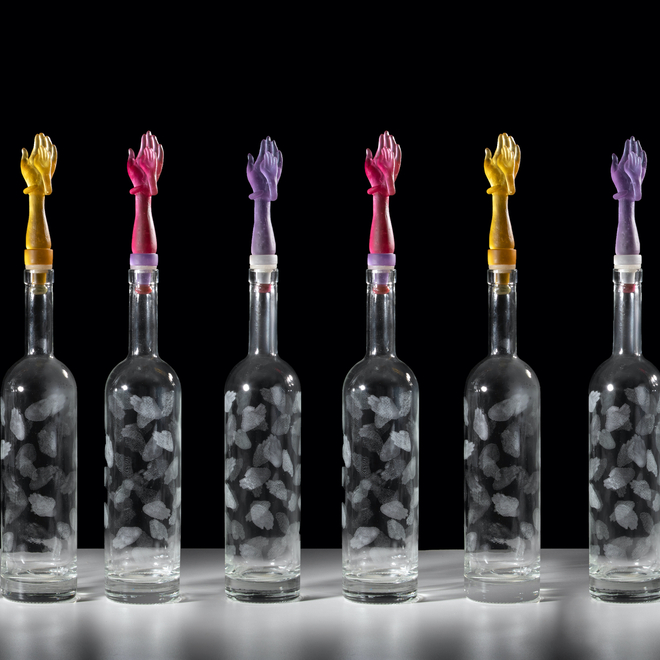 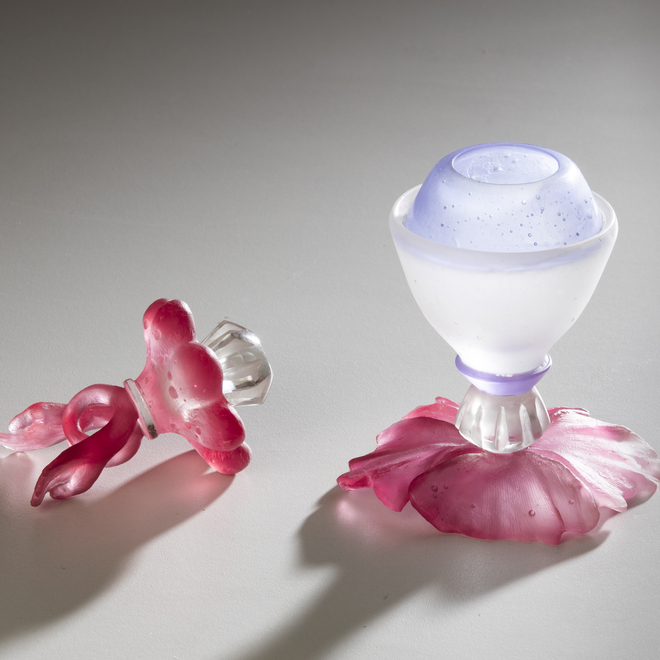 With technical inspiration taken from a 19th C French glass-casting technique known as pate de verre, my glass assemblages are created in a kiln by fusing sugary particles of lead crystal. The individual elements are initially hand-carved in wax or cast directly from botanicals. After being transformed into glass, the parts are combined to create multicolored jewel-like objects that include goblets, vessels, flacons and stoppers, as well as a variety of unique sculptural constructions I refer to as talismans.

Imbued in each object is a reference to historical artifact, a sense of preciousness and the intangibility, yet familiarity that is associated with collaged memory. Many of the parts incorporated into the works are influenced by Buddhist iconography. From this vocabulary of symbols, often featured are plant and human forms, including the hand motif as it represents a ubiquitous cross-cultural human tool of expression. 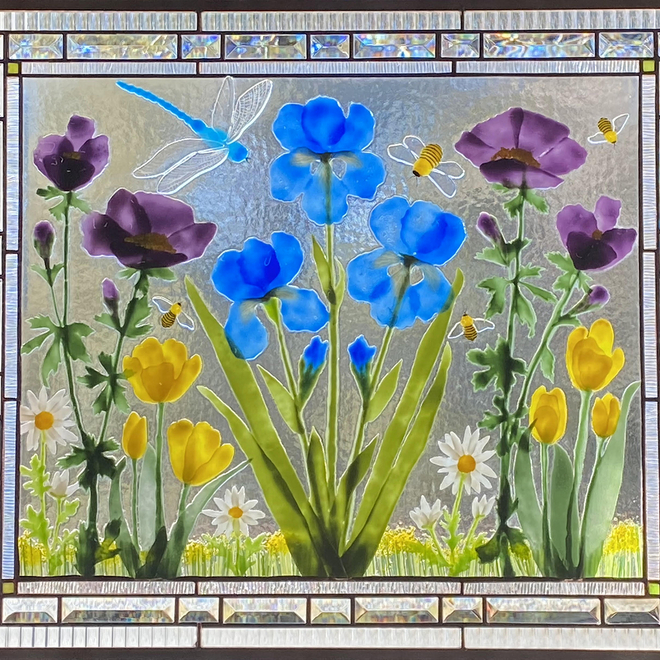 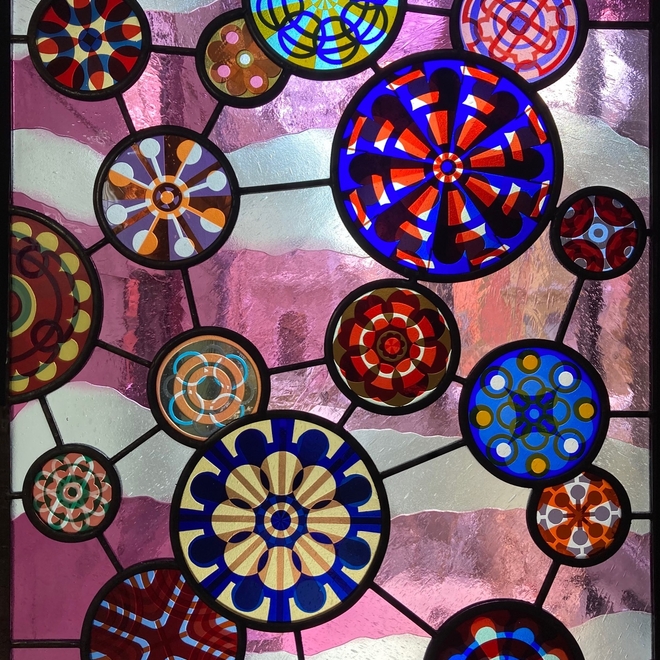 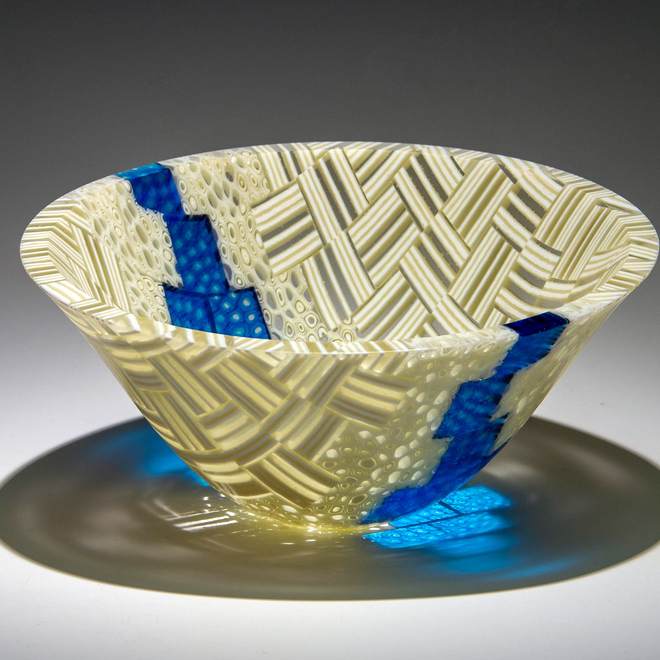 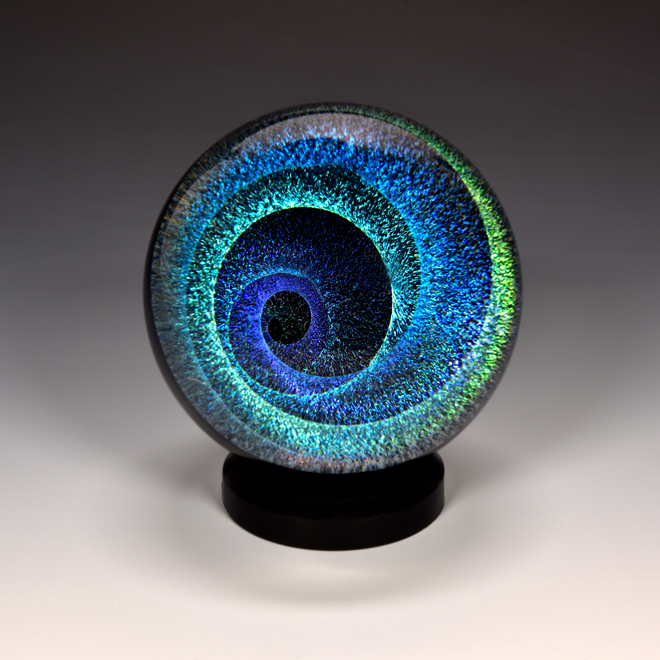 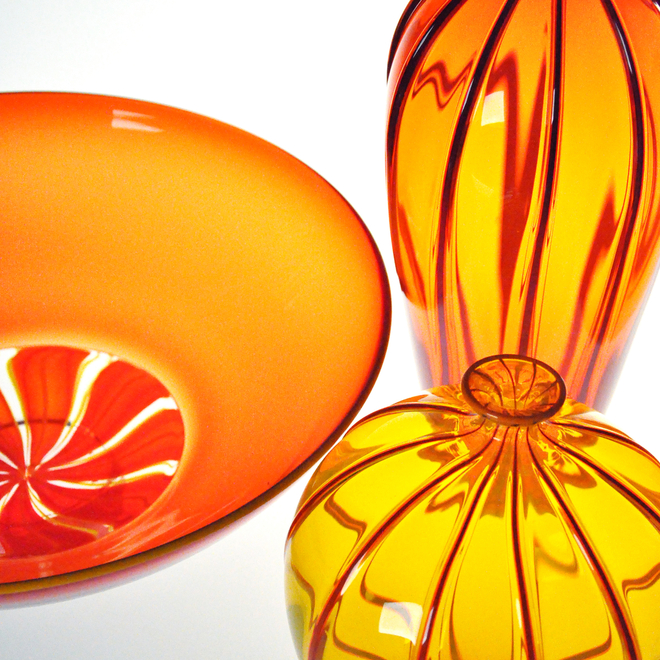 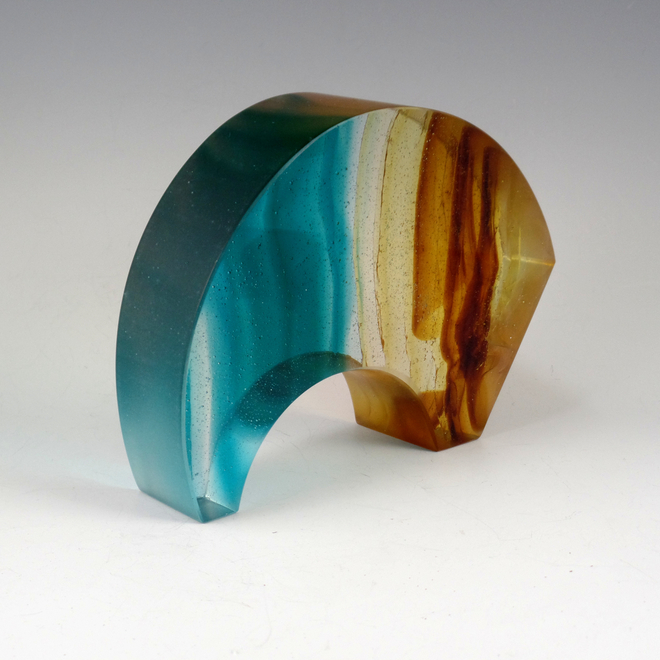 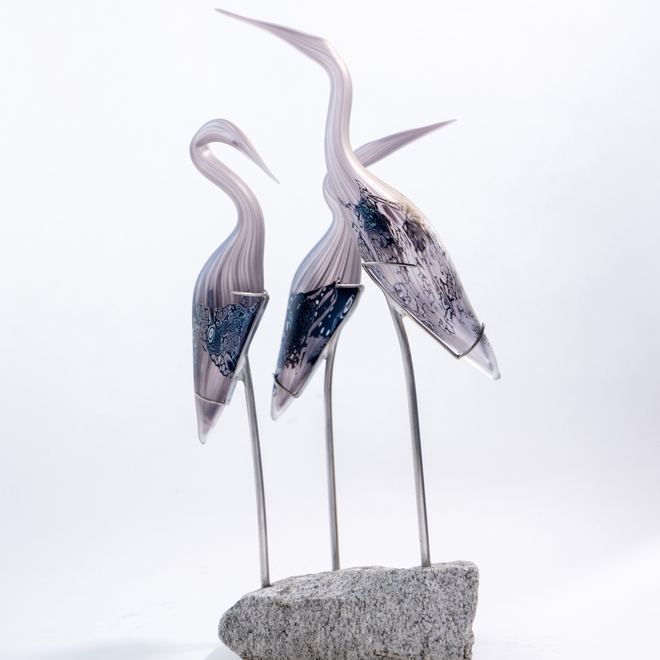 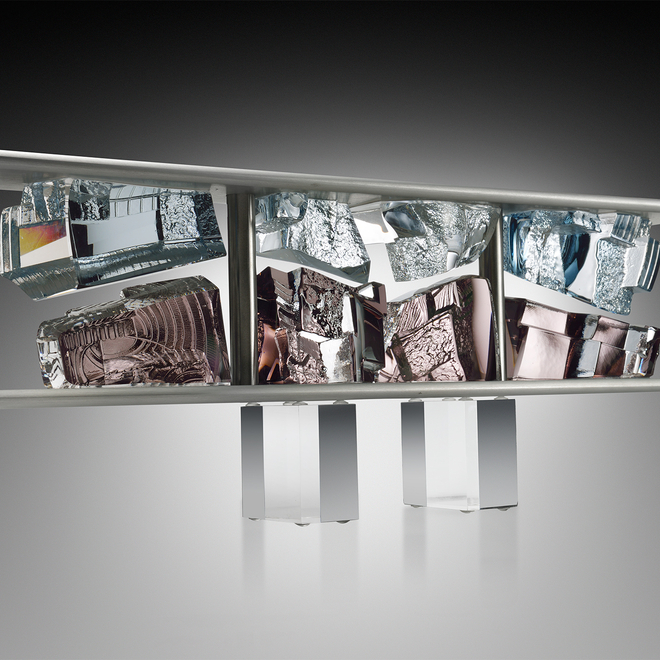 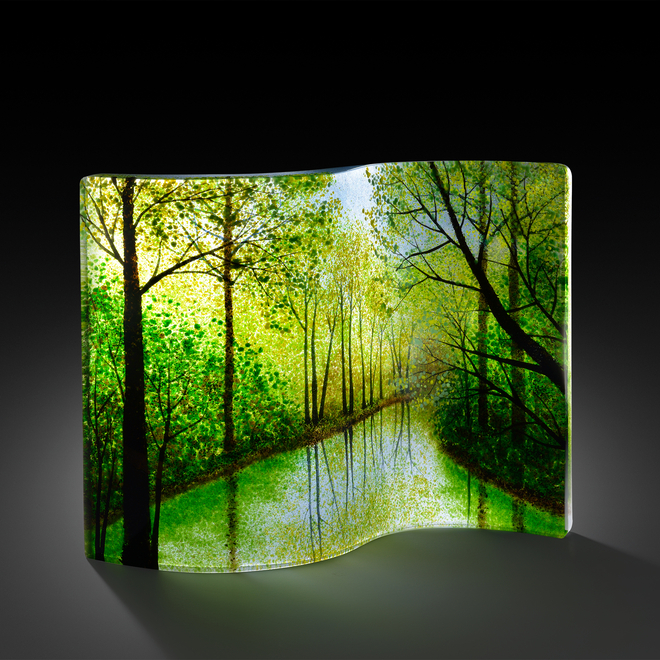 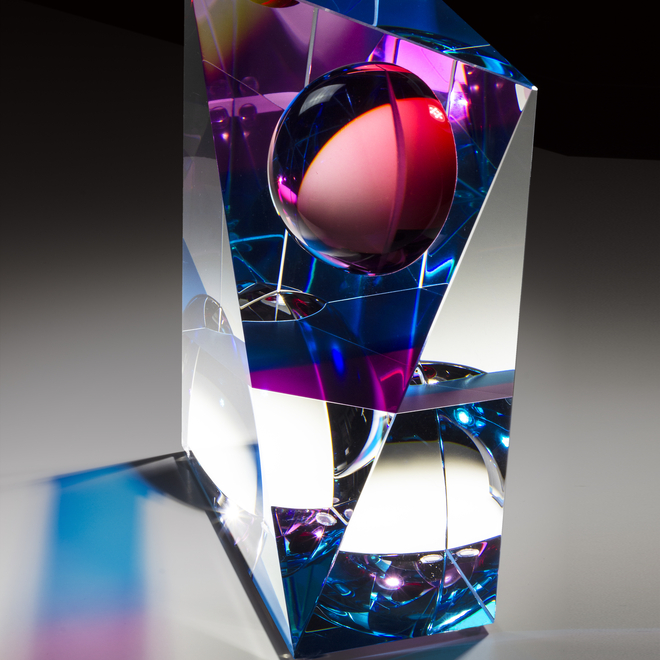 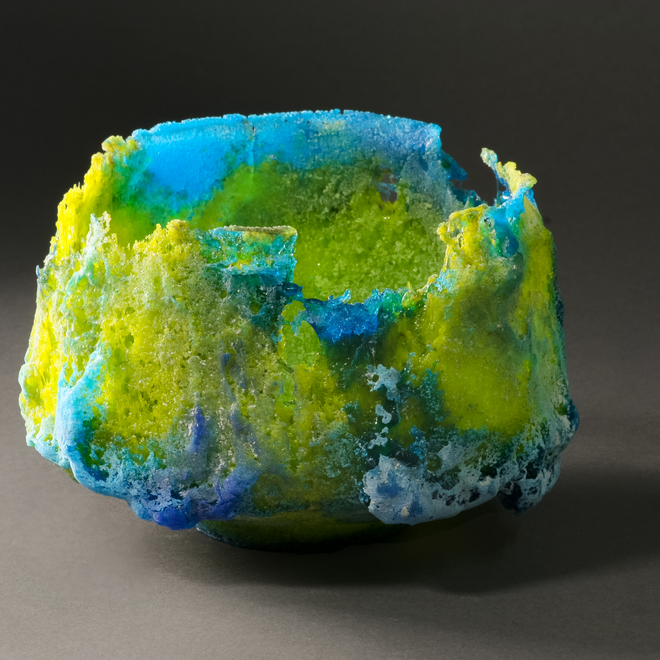 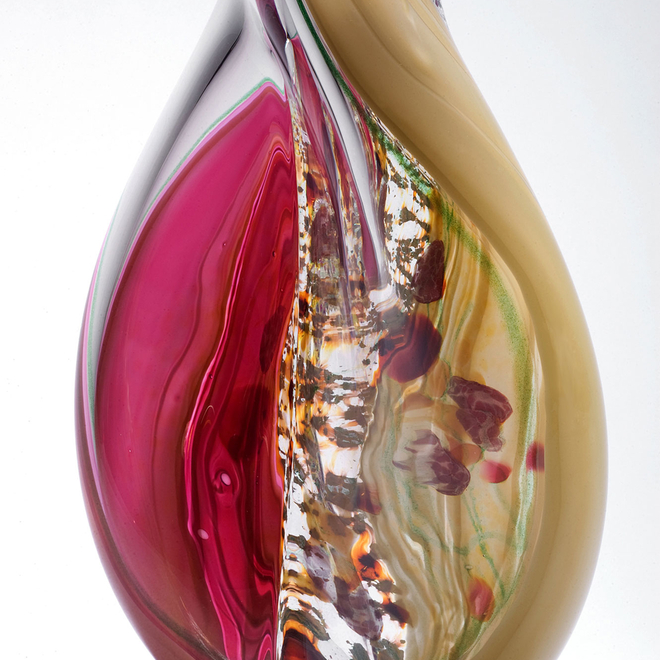 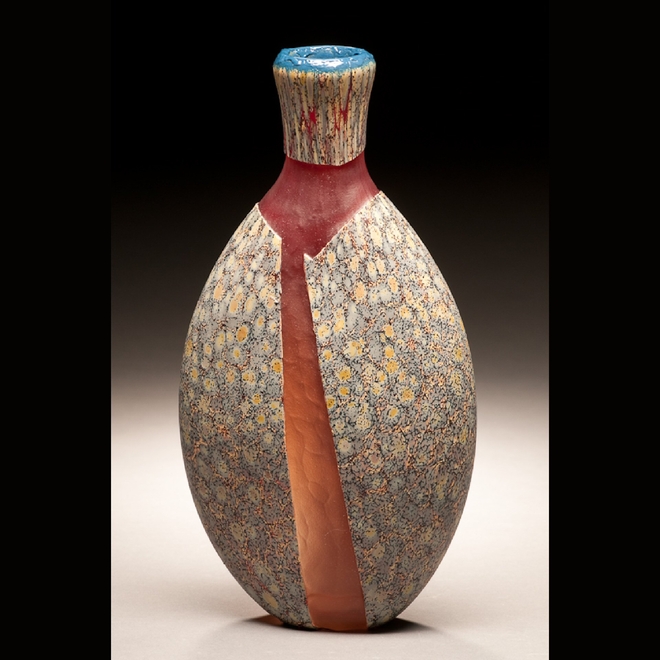